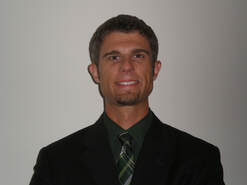 
Matthew D. Johnson is currently enjoying his thirteenth year of teaching and seventh in District 153 where he directs the James Hart Symphonic Band and Jazz Band, co-directs the 6th Grade Concert Band, assists with the 5th grade Beginning Band, and serves as director of the Homewood-Flossmoor Community Band. Prior to returning to Illinois, Mr. Johnson taught for six years in several communities across northern Ohio, most recently serving as band director and music department coordinator for the Nordonia Hills City School District in Northfield/Macedonia, OH (2013-16). Ensembles under his direction have consistently received Superior (I) and Excellent (II) ratings at district, state, and national adjudicated events, most notably:

elizabeth.houston@hsd153.org
(708) 799-5544 ext. 2482
​
​Beth Houston is currently in her twenty-first year of teaching and first in District 153 where she directs the 5th grade Beginning Band, co-directs the 6th grade Concert Band, assists with the Symphonic Band, and serves as Director of Percussion. Ms. Houston is also the Director of Marching Percussion at Homewood-Flossmoor High School. A lifelong resident of Chicagoland, she has served as a band director, percussion instructor, choir director, and general music teacher in several public and private schools in the area. Most recently she taught band, choir, and general music at Highlands Elementary School in Prairie Hills District 144, where she also served as Music Department Chair, headed up the building’s PBIS Committee, and served on a number of district-wide leadership teams. She holds a BM in Music Education from the University of Evansville with continuing graduate studies at VanderCook College of Music.